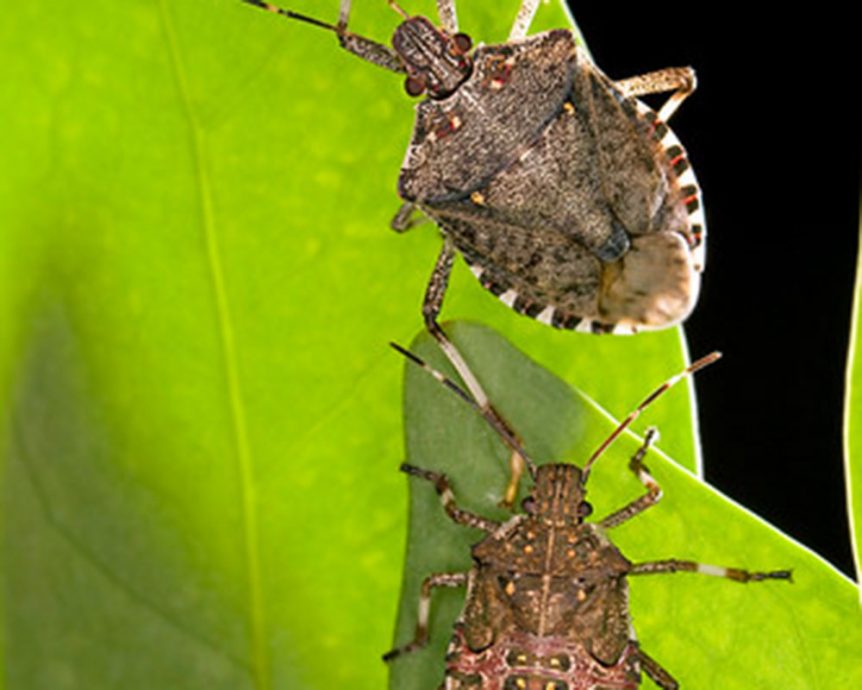 Why is There a Stink Bug Problem Now?

New York State, and in fact, much us the United States has been invaded.  The offender in this case is an insect native to Asia, the Brown Marmorated Stink Bug, often referred to as the “BMSB”.  The BMSB appears to have come over the ocean in the mid 1990’s, perhaps stowing aboard a shipping container. New Yorkers began seeing this invasive pest around 2007 and BMSB populations have soared ever since.  Bugg Control Inc has seen a dramatic rise in the number of complaints about Stink Bugs.  The stink bug problem is here.

What are Stink Bugs?

Stink bugs are not new to the US.  In fact there are dozens of species of stink bugs (Pentatomidae) and many of the native species are relatively small in size and some even help protect crops from other unwanted pests. The Brown Marmorated Stink Bug, however, is very harmful to fruit and vegetable crops and has spread aggressively in recent years. Below is a map of the most heavily infested areas of the US as of 2018.

According to the EPA, the BMSB species is not typically dangerous in the way we think of yellow jackets or poisonous spiders.  While some people are allergic to the compounds released by the stink bug, these insects do not bite or sting people or pets and do not carry diseases, unlike the deer tick or fleas. Stink bugs usually will not cause any damage to buildings and don’t reproduce inside your home.  The biggest threat the Brown Marmorated Stink Bug poses is to agriculture.  These invaders are having devastating effects on orchards and farms across the nation.  For the homeowner, this can also mean vegetable gardens and certain plants and shrubs around the house and yard are at risk.

Why Are Stink Bugs in my House?

AS the weather gets colder, the BMSB looks for warm places to hibernate for the winter.  Your home is a very inviting place to these insects.  You may find them perched on a wall or ceiling, not appearing to do anything.  Once disturbed or squashed, the BMSB releases an unpleasant odor, from which it gets the name “stink bug”.  Recently, infestations of dozens to hundreds of these brown bugs have been reported in homes in New York State.

How Do I Get Rid of Stink Bugs in my House?

If you find a stink bug in your home or garden the easiest solution is simply to remove the bug.  But be careful. As the name suggests, if you squash the stink bug it will emit a foul odor, so plan accordingly.  Try to enclose it in several paper towels or take it outside.

For a severe infestation, consult with a professional pest control exterminator for advice and more robust solutions to keep your home stink-bug-free.