We don’t often think about insects.  That is, until they invade our home, our summer get-together, or our peaceful outdoor walk.  But insects are everywhere and they vastly outnumber people.  Insects, or bugs, have been around since long before our primate cousins walked the Earth.  Early fossils of insects show that they flew, crawled and slithered on this planet for billions of years bef0re the first human walked upright! 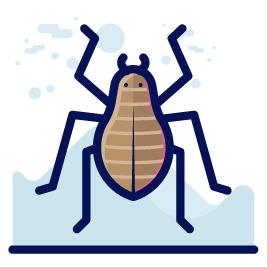 What is an Insect?

Bugs, insects, spiders, arthropods, creepy-crawlers… so many names for creatures that will make your skin crawl!  Actually, according to scientific classifications, there are over 5 million species of insects, and that does NOT  include spiders, which are a separate family of crawling critters. For the sake of this article, let’s consider all arthropods that live on the land, which includes insects, spiders, scorpions, mites, and others. The answer to which insects , how many and the their location around and among us gets a little tricky, depending on what you consider an insect.  Spiders, for example are not insects, nor are mites or springtails and yet these creatures make up a huge portion of the (mostly) unseen “bugs” around us. 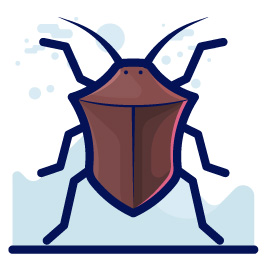 Looking specifically at insects, while there are somewhere between 190 and 500 species of primates and exactly one species of human beings in the world, there are literally millions of species of insects!  Since they are much simpler forms of life that have evolved over billions of years, it should be no surprise to find that there are so many bugs.  Some studies indicate that up to half of all eukaryotes (complex, multi-celled organisms) fall into the category of insects, led by numerous types of beetles.  And if you include all arthropods, that number can rise to as much as 80 percent of all living animals in the world!

Where do Insects Live in My Home?

Insects are found in so many species that the majority of them are not where you might think.  For example most of what we would consider insects actually live in the dirt around our homes.  Several studies have shown that there are literally millions of mites and springtails living in every acre or dirt in the United States.  As for inside our actual houses, a study in 2016 collected arthropods from houses North Carolina.  The data showed an average of 10,000 specimens collected from each home.  Most of these were obviously too small to see with the naked eye but are living throughout the rooms; in floors, carpets, bedding, drains, basically everywhere.

So, How Many Insects Are There?

According to the Smithsonian Institute, there are at least Ten Quintillion.  That may sound like some made-up word but, indeed, that is 10 followed by fifteen zeros.  To put that into perspective, that is more than one million bugs per person! And if you include mites, spiders and springtails, some studies indicate that the number of creepy crawlers may be as much as 200 million per human.  Any way you look at it, that’s a lot of bugs.  So, next time you are alone in your yard, remember that you have quite a few creatures hanging out with you! 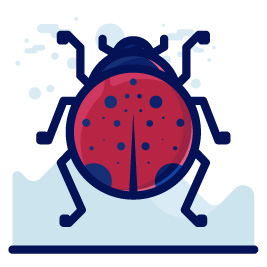