How Ladybugs Protect Themselves

Ladybugs are generally known as cute garden bugs who are both harmless to humans and beneficial to gardens. Their classic red and black body pattern makes them the most endearing of insects and sometimes they are even seen as a sign of good luck. However, the color of their wings serves a purpose beyond appearance; it is also a warning to predators. Ladybugs are naturally skilled at both protecting gardens from aphids and protecting themselves from their predators. 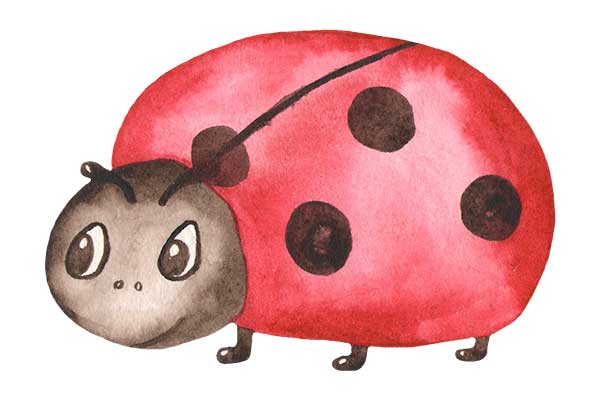 Names of the Ladybug

The name ladybug, or ladybird, came from European farmers who were grateful for the beetles’ destruction of aphids which were eating their crops. The farmers had prayed to the Virgin Mary for the safety of their crops and named their saviors “beetles of Our Lady” or ladybugs for short. While thought of as bugs, ladybugs are actually beetles. Ladybugs are formally known as coccinellidae which is a family of beetles. Within this family, there are several species of ladybugs which vary by diet and body pattern.

The most common ladybug species is the seven-spot ladybug (coccinella septempuntata). This species is what people think of when they think of ladybugs. The seven-spot ladybug has the classical red with black spots pattern and eats aphids as the main part of their diet. The diet of the ladybug varies by species but they are generally omnivores. The most popular choice of food for ladybugs are aphids, but they also eat other insects such as caterpillars, spider mites, and insect eggs and larvae. Because of their love of aphids, ladybugs usually have a good relationship with humans and keep gardens and crops pest-free. Ladybugs also eat plants, fungi, fruits and berries, nectar, and sap.

Ladybugs are preyed upon by several animals and other insects. Animal predators of the ladybug include tree frogs and birds such as swallows and crows. Insects that eat ladybugs include dragonflies, ants, and parasitic wasps.

The main way that ladybugs protect themselves against predators is through the color of their body. The bright red or orange coloring mixed with black is an example of aposematic coloring which is a common warning sign in nature. This sign is used by other insects and animals such as frogs and alerts predators that they will be toxic if eaten. Ladybugs are not poisonous to humans but can be to certain animals because they produce toxic chemicals called alkaloids. Alkaloids are present in their blood and will harm anyone who eats the ladybug. A brighter color in a ladybug’s back means they have higher levels of toxicity in their body. While not all ladybugs have spots, spots are another part of the aposematic coloring when they are present and will keep predators away. The number of spots varies by species, ranging from no spots at all to 24. 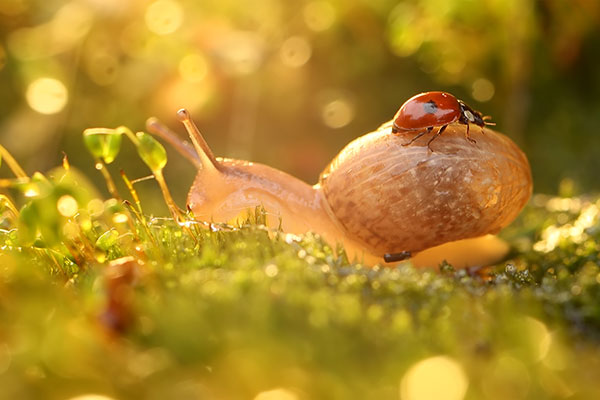 Another way ladybugs protect themselves is by playing dead. When laying on their backs, ladybugs will reflux bleed where they release a small amount of blood from their legs. The alkaloids in their blood produce an odor that is repellent to predators. Combined with clear warning colors and reflux bleeding, predators should know to steer clear of ladybugs and are in for a surprise if they don’t.